Albastar’s first connection from Perugia to Lamezia takes off 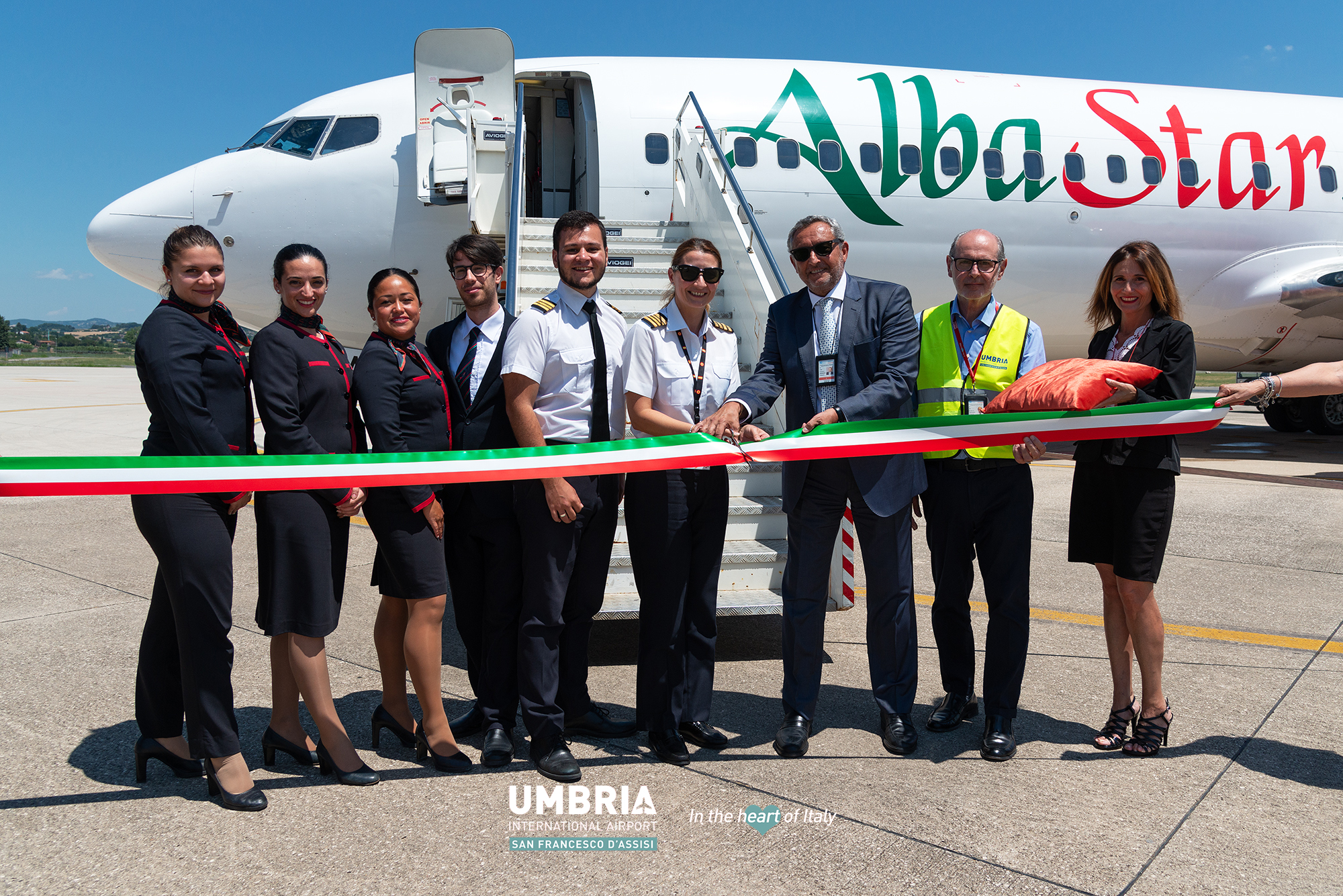 Albastar’s first connection from perugia to lamezia takes off

The flights are operated by Boeing B737-800NG aircraft, with 189 seats in a single class, at the following local times:

To celebrate this new connection, Albastar and SASE have launched a double offer that includes a promotional fare of €35 per way, including taxes and hand luggage and, for bookings made by 30.06.2022, free airport parking (up to a maximum of seven days). For further information: www.airport.umbria.it.

In addition, the UNIPEG discount code has been created for students, to be used when booking on the website www.albastar.esto obtain a €10 discount per passenger per route, valid for rates above €65 (including taxes) and for bookings made by 31/7/2022.

Albastar is already active from Perugia with two weekly flights guaranteeing territorial continuity to Trapani and scheduled every Tuesday and Thursday.

Flights can be purchased on the www.albastar.es website and through traditional and online travel agencies. For information and bookings, contact our call centre on +39 095.311503 or by email at callcenter@albastar.es.

Umberto Solimeno, General Manager of Umbria International Airport, stated: “We are extremely happy to welcome the Albastar flight launching the new connections between Umbria and Calabria. We hope the route, thanks also to the promotions enabling easy and economical travel, will give further impetus to the economy of the two regions, facilitating business, tourism and university-related exchanges”.

ALBASTAR S.A: Albastar, an IATA member with IOSA certification, is a private Spanish airline guaranteeing the highest operational and safety standards. Albastar was founded in 2009 and has had a permanent establishment in Italy since 2014. Over the years, the airline has become a reference point for tour operators, brokers, sports associations and individual customers, offering the market an increasingly flexible business model, comprising scheduled and on-demand flights, as well as connections for religious tourism. Albastar operates with a fleet of five B737-800NG with 189 seats in a single class that meet the strictest and most stringent safety standards required by EASA.